Home » Uncategorized » Does an individual’s religiosity influence her moral attitudes and economic behavior?

Does an individual’s religiosity influence her moral attitudes and economic behavior?

Economics of religion is a relatively new field within economics (which just got its own JEL code, Z12, not long ago).  By contrast, connecting economics and the moral attitudes of man has a long history and include philosophers of ancient Greece just as 18-century whizkid Adam Smith. 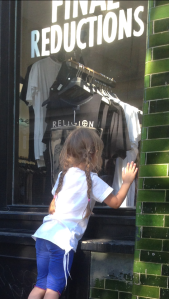 What these scholarly giants have not scrutinized, however, is whether and, if so, how the moral attitudes of individuals are shaped by their personal religiosities. Religiosity can be measured by church membership, the frequency of church attendance or private praying, a believer’s intensity of believing in God or in religious concepts.

Using data for a representative sample of the Dutch population with information about participants’ religious background, in “Religion, Moral Attitudes & Economic Behavior,” with Isadora Kirchmaier and Stefan Trautmann (both at the University of Heidelberg) I study the link between religion and moral behavior and attitudes. We find that religious people are less accepting of unethical behavior and report more volunteering. They report lower preference for redistribution. Religious people are equally likely as non-religious people to betray trust in an anonymous experimental game. Controlling for Christian denominations, we find that Catholics betray less than non-religious people, while Protestants betray more than Catholics and are indistinguishable from the non-religious. We also explore the intergenerational transmission of religiosity effects.

By pruferj in Uncategorized on August 16, 2016.
← Competing with Big Data Why Do (Some) Consumers Pay for Privacy? →